Grey’s Funeral Service started in 1961 when Edward J.Grey (Snr), Eddie as he was better known, purchased a premises at 32/34 Patrick Street, Templemore, to carry on the family business of retail clothing, which the Grey family had carried out for well over 100 years in Templemore.
The previous owners the Maher family had run a general store, which included builders providers, grocery, hackney services and an undertakers. When Eddie started trading he realized that the Maher Family had left a hearse and some coffins in the extensive yard behind the shop. So Eddie and his brother Seán decided to carry on the funeral business as a hobby. They carried out there first funeral in October 1961 and Grey’s Funeral Service grew from there.
Eddie was very well known, and respected as a level and calm man, with an outstanding respect for everyone. He carried out the funeral service with great affection, dignity and a regard for other people’s feelings, while at the same time he was well known for his attention to detail which included time keeping, and his regard towards both the bereaved and the deceased never went unnoticed. He introduced many new ideas to the funeral service in Templemore and surrounding areas. He had an utmost respect for tradition, and a regard for change.
In June 1978, Eddie brought in his Friend Thomas Murphy, a local publican who was held in great esteem by the local community. Together they formed a great team carrying out funeral services to the highest standards. Service to perfection they also formed a life long friendship and utmost respect for each other.

Eddie’s battle with cancer ended in January 1992 when the running of the business passed on to myself Edward J.Grey (Jnr), Eamonn as I’m better known. Eamonn is the Irish for Edward. I worked for over 11 years in the retail menswear and had a little knowledge of the funeral business. Only working at funerals whenever my dad called. Some of my childhood memories include playing in the coffins with my friends and going one Sunday with my Dad to Cork,
to bring a funeral home. However, no need to fear Tom Murphy was on hand to teach me the in’s and out’s of the funeral service. Like my Dad before me I’m proud to say I formed a very strong friendship with Tom. Tom’s brother Mel joined the team and between us we had enough man power to keep the show on the road, of course with help from Sean and Martin Grey, always available.
A new hearse was purchased later in 1992, a Ford Granada, to give a new look to the business, and I started studying embalming the same year. A brand new embalming facility was built finishing in January 1993. I later studied hairdressing in Skolar’s Hairdressing College, achieving a Diploma in Hairstyling, and Cosmetology in Meridith’s College, London, achieving a Diploma in professional Cosmetology, and finished with a Master’s Degree in Restorative Art, In the International College of Mortuary Science, Liege, Belgium. Everyone in Grey’s agrees the presentation of the deceased is utmost important in any funeral service, as a beautiful casket, hearse, funeral home or spray of flowers, will not camouflage a poorly presented deceased. A testimony to this was the doubling of the funerals carried out by Grey’s in 1994 a trend which has continued to this day. In 1994 a major milestone was reached when 100% of the deceased were embalmed.
1994 also saw the introduction of a limousine which was another area myself and Tom hoped would add to our funeral service, and it did. Even though it was not common to have a limousine in Templemore, the introduction of such a service was very well received.

1995 saw the development of a brand new display room for coffins and caskets. This addition was absolutely neccessary. We were now able to display our extensive range of coffins and caskets clearly priced. It is very important to have everything clearly priced so the family are in the driving seat of the overall cost of the funeral.
A lowering device displayed at one of the IAFD meetings caught Myself and Tom’s eye and we purchased one in 1995. This is not used on all funerals however the people of Templemore have warmed to the dignity of having there loved one lowered for the last time with panache as I often put it. The device is set up surrounding the grave with green drapes and leaves the coffin standing about two foot over the grave, which gives us another chance to display the coffin or casket, usually the most expensive item the family have purchased.
1995 saw the start of the biggest project to date, the construction of our new Funeral Home. Having purchased a large site consisting of one and three quarter’s of an acre, I submitted my plans, and through careful planning and consultation with the new neighbors prior to any submission, and keeping my fingers crossed, permission came through on the 21st of January 1996. The 9th of November that year saw the first removal from Grey’s Funeral Home. A moment I will never forget, as it had taken two years of planning, rooting, fighting with bank managers, and a lot of hands on effort to achieve. I set my sights a little high however I got there.

In 1997 a second limousine was purchased. We sprayed our first limousine cream to follow a contract of weddings from The Templemore Arms Hotel. This allowed us to keep the 6 door limousine for funerals.
The year 2004 brought more changes. I decided to sell the original main premises, which included a Men’s Wear Shop and extend the funeral home and include living accommodation. I sold the shop within a few months and received planning permission. I had also sold the Limousine business as this would require a larger garage, and despite the Limousines doing a thriving business they weren’t used that much with funerals. I purchased a new Mercedes hearse. I moved into my new three bed roomed apartment and funeral home the second week in December 2004. I got a top class embalming theatre, second chapel, garage, coffin display room and office. I now feel I have the ultimate funeral home. However I keep an open mind, who knows what will happen next week.

2006 was the inaugural year for the lighting of a memorial tree at Christmas. We invite anyone who wishes to attend and place a card on our tree to remember loves ones at such a special time of year this project has grown over the years and has now become a highlight in our calendar Year.
In 2007 we tarmacked the yard, which greatly improved the appearance of the funeral home.
2008 saw the arrival of two new vehicles, the first time ever to have a brand new hearse and removal car, the hearse a Mercedes E270 and the removal car a Ford Mondeo.
2009 We closed the main room for two weeks to remove the suspended ceiling and replace it with a beautiful plastered ceiling, improved lighting, more modern finish and removed the church pews and replaced them with luxury chairs.
2011 We closed the main lobby down to facilitate the development of the ceiling, again replacing the original suspended ceiling with a new ultra modern plastered one, re decorating to a more modern standard, removing some dated furniture and fittings and replacing them with more homely and comfortable furniture.
2012 we updated the heating and air conditioning systems in the main room and lobby, which are the areas in the building We use most.
The next few Years saw a project or two being completed each Year, the addition of refrigerated facilities and up grading of the embalming room area and equipment. Three new garages were added and they now have a beautiful wooded front and doors on them which are a highlight of Our facility. The garden, flowers and landscaping receive constant attention and up grading.
Our Staff have change over the Years with the great addition of Wayne Cummins and Thomas Bourke adding to the professional service We like to provide.
2017 saw the lighting project in the yard come to a great conclusion, by adding street lights to light up our car park and using led bulbs to greatly reduce Our carbon print, something We have been doing inside the building for some time now. We also up dated the air conditioning to give us more powerful units and also reduce our carbon foot print.
2018 was another busy year for Grey’s. We extended our lighting project to the rear of the yard. Two new vehicles were purchased. A Ford Mondeo private ambulance and Ford Mondeo Vignale Hybrid hearse.
Here in Grey’s Funeral Home we are constantly trying to improve the service that we offer to families in their time of need. So please watch this space for new and exciting developments as we continue to embrace our utmost respect for tradition, and a regard for change. 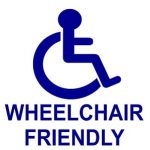